Forgetting happens on a daily basis – we forget our former classmates’ names, what we ate for lunch one week ago and maybe even how we found our way to this article after surfing the Internet.

In the following you will learn about the how and why of forgetting – and hopefully remember some of it.

Forgetting can refer to two different things: the loss of stored information in memory or the inability to access it. [1]

How do we forget?

Since Herman Ebbinghaus measured his personal forgetting curve for random syllables in 1885 and detected that forgetting was a logarithmic function of time [2], numerous cognitive psychologists continued the investigation of forgetting and introduced two possible underlying mechanisms: decay and interference.

Decay refers to a gradual decline of the biological substrate of memory (i.e. the physical memory trace) over time that leads to forgetting. Interference on the other hand refers to the fact that already existing memories could affect the building of new ones (known as proactive interference) and information that was acquired later could equally affect previously learned information (retroactive interference) leading to forgetting. Researchers did not support decay theory for a long time, focusing on interference instead. But newer accounts of forgetting consider decay as a mechanism leading to forgetting, framing it as an active, controlled process that removes memories from hippocampus, depending on demands (more on this brain region and decay later). [1,3]

In a recent opinion paper, Sadeh, Ozubko, Winocur and Moscovitch aim at reconciling the two opposing theories [4]. They propose that the underlying process of how a memory is forgotten could depend on the memory representation. In general, recognition memory at retrieval is subdivided into two distinct memory processes, recollection of contextual details about previous events and familiarity, the recognition of past events without remembering specific details [e.g. 5]. These two different ways to remember a specific information are also reflected by how a memory was built and how it is structured, processes that differ for recollection- and familiarity-based memories. The process of how a memory is forgotten could therefore depend on how the memory is represented and was learned in the first place. The authors’ fundamental point is the following: Memories that would be retrieved via recollection are forgotten due to decay and are insensitive to interference, whereas familiarity-based memories are affected by interference but not by decay. This theory is called the representation theory of forgetting. [4]

This proposal is based on the finding that different brain structures support recollection and familiarity and that they have different properties. Recollection is rooted in the hippocampus that has the unique property to create unique and distinguishable representations of new information and experiences. Even very similar memories can still be distinguished. While this property reduces the influence of interference, hippocampus is still prone to decay due to neurogenesis, the generation of new nerve cells, that changes previously built hippocampal circuits needed for the recollection of stored information. Contrary, familiarity is associated with neocortical structures like the perirhinal cortex and not with the hippocampus. In neocortex, similar representations overlap, making familiarity-based memories prone to interference. That is, similar new stimuli will change representations of previously encoded stimuli. [4]

The authors review evidence for this account considering former studies on patients’ forgetting behavior that was associated with specific lesions of memory-related brain structures, as well as behavioral studies with healthy individuals. However, their hypothesis has only been tested recently with a behavioral study and evidence from a study using neuroscientific methods is still missing. [4] 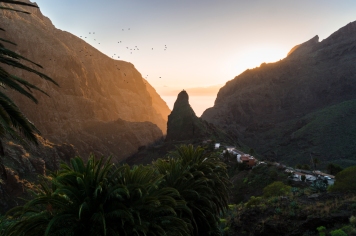 What is so different about these two memories? How are they forgotten?

Quick summary: Forgetting seems to happen differently for a detailed childhood experience as opposed to an item on our mental grocery list. If you forget your childhood vacation experience that was contextually rich, it is assumed that this is due to neurogenesis-induced decay in hippocampus, whereas when you forget to buy an item on your mental grocery list (something that was not associated with a context) it is more likely due to interference from other similar items that you had put down on your list.

Sadeh, Ozubko, Winocur and Moscovitch recently tested their hypothesis with a behavioral study. They compared the memory performance of their participants in an immediate and a later test. During the first part of the experiment, every participant saw 100 words twice in a random order. For each word, participants had to indicate how confident they were that they had already seen the word or not and whether it was just familiar to them or re-experienced, thus remembered with greater detail. This first test was separated from the second test by either a long delay (15 minutes) filled with a high-interference or a low-interference task or a short delay (5 minutes) filled with a low-interference task. For the high-interference condition, the same test described above was used with new words. For the low-interference task participants were presented with short music clips and had to indicate which instrument was playing. In the final recognition phase, participants saw both 100 old words and 100 new words and had again to indicate how confident they were that the word was old or new and whether their recognition was based on familiarity or recollection. [6]

Although neuroimaging data is still missing, the representation theory of forgetting provides a first unifying framework for forgetting mechanisms that were formerly considered as opposed.

Why do we forget?

So far, we have only looked at mechanisms that underlie forgetting. Most of the time, we regret that we forget things, but what is in fact the benefit of forgetting? On a neuronal level, it is adaptive to forget competing irrelevant memories because this reduces the engagement of cognitive control processes associated with prefrontal cortex (PFC) activity that are needed during remembering of the relevant information [7]. Another benefit of forgetting was shown in relation to creative thinking. The rate of forgetting of presented uses of everyday objects was correlated with the generation of new creative uses but not with the generation of non-creative uses. Although a causal relationship cannot be drawn from a correlation, taking into account other evidence pointing in this direction, the authors assume that the ability to forget enabled the participants to generate new, creative uses of these objects. [8]. 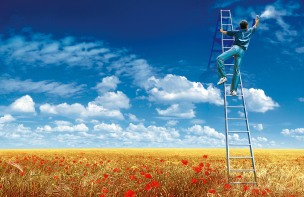 The benefits of forgetting are quite diverse: Helping to remember due to reduced PFC activity, enabling creative thinking, having a beneficial effect on emotions

Additionally, it can be beneficial and adaptive to forget traumatic or distressing memories or to forget memories that are now useless, like remembering the old phone number of your best friend although the friend has changed it. In general, this voluntary forgetting is investigated under the term “motivated or directed forgetting”, yielding results that show a poorer memory performance for to-be-forgotten information than for to-be-remembered information. This can be either due to selective rehearsal of to be remembered information, due to inhibition of the to-be-forgotten material or due to a context change that leads to an identical context for the to-be-remembered information during study and test but not for the to-be-forgotten information, facilitating recall of former [9]. Not being able to forget, as being evident in recurrent, intrusive memories in post-traumatic stress disorder patients, can be very distressing. It has been recently shown that intrusive memories in PTSD could come from a deficit to engage an inhibitory control process that allows suppression-induced forgetting, the ability to voluntarily suppress unwanted memories [10].

In total, it becomes evident, that forgetting is not only bad but also beneficial. If you have previously considered your memory ability as bad, you at least know now how memories are potentially forgotten and also know about the benefits of forgetting that were also expressed by Friedrich Nietzsche [11] with the following words: “The advantage of a bad memory is that one enjoys several times the same good things for the first time.”.