“I totally followed through with my New Year’s resolutions!” – said no one ever

“This year I’m gonna do it! I will stop procrastinating and start exercising. I will eat healthier and do my paperwork on time.” We all have put demands on our future selves at one point or another in our lives, often around December 31st and many a time fallen back into old behavior. Why is it so hard to follow through with such changes, even when we know very well that vegetable soup would be better for us than another cheeseburger? While we place the order for that burger consciously, our actions are highly influenced by unconscious impulses and behavioral patterns that once proved useful, but might have turned into harmful habits. 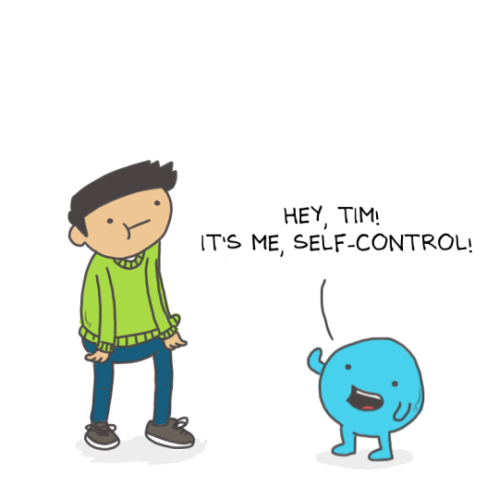 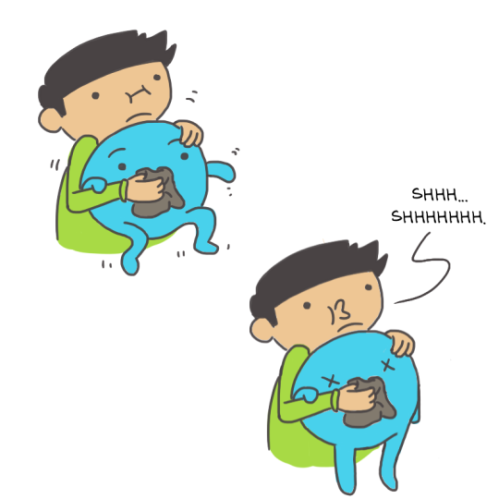 “The unconscious” is a mysterious sounding concept, mostly associated with ideas of the dark corners of our personalities and the controversial work of a certain Austrian neurologist who later became famous as the founder of psychoanalysis. But what is the unconscious? It is not the state you’re in after a night of heavy drinking. What I will be talking about is the part of our mental lives that is functioning out of awareness.

Even though Sigmund Freud has become the most prominent person to describe the unconscious, the idea that parts of our experience stem from processes out of awareness is a very ancient one. To be “possessed” by ghosts, demons, the devil, or alike has been an explanation for deviant mental states and illnesses for millennia. In other cases, explanations for unconscious processes come in a more positive flavor, as a form of God-given knowledge or magic intuition. The idea that such implicit changes in temper are not externally induced by some higher power is relatively new though.

The term “unconsciousness” (German: “das Unbewusste”) did not emerge before the 18th century, when German philosophers introduced the term (Ernst Plater being the first in 1776) and started describing mental states out of awareness. Until Freud came into the picture, ideas of the non-rational (Unvernunft), the drive-nature (Triebnatur) and the not-I (Nicht-Ich) had already been elaborated by Kant, Schelling, Fichte, Schopenhauer and Nietzsche, before they ever were used in a couch-setting. In the following I will shortly present the traditional Freudian view and then focus on new advances in the research on the unconscious, which help us understand why it is so hard to change behavioral patterns.

The concept of the unconscious after Freud is often explained using the “iceberg model”: conscious mental states only make up the top of the iceberg, followed by a layer of subconscious memories, right under the water surface. The vast majority of cognitive mental material however, is hidden deep down underwater, with no chance of spontaneously popping up into awareness.

In this view, the unconscious entails suppressed emotions and memories, which are thought to be the roots of otherwise inexplicable maladaptive behaviors and psychiatric disorders. Sigmund Freud illustrates this process in great detail, introducing an array of defense mechanisms that have been further elaborated by his daughter Anna Freud and other psychoanalysts. Importantly, these mechanisms imply a sense of intentionality.

In the newer cognitive sciences, the terms “unconscious”, “automatic”, “subliminal” and “implicit” processing are used interchangeably. The unconscious, after a newer and broader understanding, incorporates all mental states and processes that occur out of awareness. Did you ever notice that only about 5% of your field of vision are in focus?

In this TEDx talk, Leonard Mlodinow gives more handy examples of how our perception is constantly altered out of our awareness. Early on in the talk, he states that this new understanding of the unconscious is completely different from the traditional psychodynamic view. Mlodinow emphasizes, that unconscious processes, as he defines them, cannot be revealed in therapy because they are not intentionally repressed. He draws a strict line between conscious and unconscious processing. Now, Mlodinow’s main discipline is theoretical physics and not neuroscience, but this view is widely shared in the field.

So far it seems that the traditional view and the new approach to the unconscious have not much in common. However, it is still the case that both views deliver valid explanations for a number of automatic processes and yes, psychodynamic psychotherapy is still an effective form of treating various psychological disorders, with long-lasting positive outcomes.

Now let’s look at how the analytic and the modern view could coexist. In the following, I will introduce an integrative view on the topic, as suggested by Efrat Ginot (2015) in her book “The Neuropsychology of the Unconscious”.

Bear with me, I’ve got a point! Evolutionarily speaking, consciousness is a relatively recent invention. In fact, many cognitive functions and social interactions can be pursued without consciousness. Just think about simple life forms like bacteria. I’ve never spoken to a streptococcus, but it’s fair to assume that they are not aware of what they’re doing whatsoever. Animals, too, only have conscious awareness to varying degrees.

As life evolved and the central nervous system gained in complexity, consciousness emerged and developed. It allows an organism to intervene in automatized processes by reflecting on the outcome. Implementing such a mechanism is metabolically costly, but it expands the behavioral repertoire significantly, hence increasing biological fitness. Tool-use is a great example for the immense potential of conscious awareness. To see a stone as a nutcracker requires conscious imagination. This consumes quite a lot of energy, but the resulting advantages make it worth the effort.

The important part here is, that the unconscious came first. It is the building block of our mental lives, giving rise to higher cognitive functions. And here’s the thing: The brain doesn’t want to do more than it has to, meaning that it will always prefer the easy, unconscious response over the energy consuming alternative of actively thinking about an action.

The evolution of cognitive functioning is also reflected in the organization of our central nervous system. The brain is hierarchically organized, from bottom to top and back to front. Looking at the brain in on a large scale, the most common distinction in neuroscience is not between the left and the right hemisphere, but between cortical and subcortical areas. The cortex is that weirdly folded part that makes up the brain surface. Subcortical areas – you guessed it – are everything beneath, such as the basal ganglia, parts of the limbic system, the cerebellum, the brainstem and other areas.

Parts of the cortex, in particular the prefrontal cortex (right behind your forehead) is involved in tasks which require the highest levels of conscious awareness. The question where to localize consciousness or the unconscious cannot fully be answered (as it is the case for all psychological phenomena), but subcortical networks function largely out of awareness, as long as the prefrontal cortex and other “higher” areas are not involved. There are strong connections between cortical and subcortical areas and ongoing feedforward and feedback loops reflect the coexistence of implicit and explicit processes.

That means, consciousness is not qualitatively different from the unconscious (after all, when it comes to the brain – everything is neuronal activity). In contrast, the two can be seen as the extremes of a continuum. Basic processes like 3D vision can be allocated to the far end on the unconscious side. We cannot “unsee” the three-dimensionality of our world. At the other far side of the spectrum, we find higher-order thinking, like choosing our mother’s birthday present or solving differential equations.

What about those food cravings now?

When looking at the emergence of unconscious processes, the evolutionary perspective is a nice starting point. However, In order to understand where the actual patterns of repetitive behaviors originate, we need to look at the developing mind and brain. It is a well-accepted fact, that our first interpersonal experiences shape our personalities and social lives to a huge extent, as studies on the effects of attachment styles and childhood adversity show.

Let’s think back to the notion, that our brains generally favor automatic responses over costly reflective awareness. Behavioral patterns can now be explained by the activation of an unconsciously acting system, engraved in subcortical brain structures. If fatty food reliably made you feel better in the past, you will keep craving cheeseburgers in times of emotional distress. Clearly, here are conscious as well as unconscious processes at work.

The decision to order a burger is made with full awareness, but why it has to be the burger remains unconscious. Memories about the first times when food or other rewarding distractions helped us coping with difficult emotions are long gone. Even the emotional response itself can inform our conscious thinking out of awareness. Not only cravings can be explained like that. Avoidance or attacking behaviors might have also once helped us control feelings of fear or loneliness and will be reenacted until they become conscious and the prefrontal cortex gets a chance to veto.

This is where the difficulties lie: First, we must become aware of our emotions and understand that an unwanted behavior was learned in the past. It now is a natural reaction to familiar situations. We eat the burger, because we know it will make us feel better. Our brains don’t even need a “reason” to place the order, it is just the simplest option and there is seemingly no need to involve the energy consuming power of cortical control. However, even when the underlying sources of a destructive behavior (emotions, memories) are identified and available to reflective awareness, the urge to act out long learned patterns stays.

This is why New Year’s resolutions usually end with disappointment and a relapse in February. Our brains are not built to spontaneously stop an unwanted behavior. This may sound like we are at the mercy of our biology, but there is hope!  The impact of negative emotions on self-control and the importance of recruiting cortical areas for such conscious decision-making, as opposed to fast-acting subcortical structures, has been shown in many studies. We can learn to control our impulses if we practice conscious awareness. We need to know that we eat the burger, not just because it’s tasty, but because we seek to overwrite negative emotions. Only then we can practice saying “stop” and pick the healthier option.

A final remark: don’t beat yourself up if you can’t change your habits very quickly! You are only doing what your brain knows best.